The image of families carrying children in their arms plays before me over and over again. Whenever I go out, whenever I stay in, whenever I dream. It is a beautiful image indeed but there is also a profound eeriness to it. There is something about seeing moms and dads portraying this lovely, happy glee in public that makes me uncomfortable. Something about the cheerful shouts of children playing, deeply unsettles me. I look into the eyes of the little one I carry. She smiles, lays her head on my shoulder and babbles in delight. Oh the things she doesn’t know, the things that she doesn’t need to know but will one day inevitably learn.

How many of those kids walking hand in hand with their parents are like mine? A ward of the state? How many hide a deep secret of hurt and fear at home? Secret may not be the right word, given that many do not know that their conditions at home are far less than ideal. How many of those happy kids will never be taught of the kids like mine? How many people ignore the harsh reality of kids in foster care? How many pity them but do not lift a finger? How many choose to “protect” themselves from the challenges that comes with foster care but willingly expose themselves to the havoc that comes with childbirth and parenting?

In no way do I intend this to seem to look down on those who choose not to be foster parents. It’s not for everyone; I don’t think everyone should be foster parents but I think everyone should care about the kids in the system and should advocate for their wellbeing. When people find out that we are foster parents, many seem to feel the need to say that they would do it too if they could but for this or that reason they can’t. It’s almost like a reflex people have. I understand many truly want to but can’t- but I also sense that many simply feel guilty for not doing it even if they could. Foster care is a calling, you don’t need to excuse yourself for not having the same calling I do. Yet you don’t have to be a foster parent to support kids in foster care, there are many other ways to do so such as educating yourself and others, donating items, offering help to foster families, cooking meals or donating money to organizations.

Part of me would like to have that glowing family walking in the park seemingly without a care in the world, sometimes I wish I didn’t have to carry the baggage that comes with the children in the system. Yet quickly I remember that they can’t carry it, they were not designed to carry some of the things they’ve had to live through, and if we don’t help guide them to the only One who can carry it, they will get crushed under the weight. If no one steps in, the cycle will continue to repeat with their own kids and on and on. I’ve always been one to be attracted to choosing the road less traveled in many aspects of life, even though this has proved to make my life a bit more difficult than it needs to be, I know I was designed this way and will forever refuse to be like everyone else. Many have their opinions about foster care, and most are ready to fill out an evaluation form about the quality of work the DCFS is doing. The result of these evaluations would surely be sub-par and most, if not all, would agree that there is some major fixing that needs to be done. 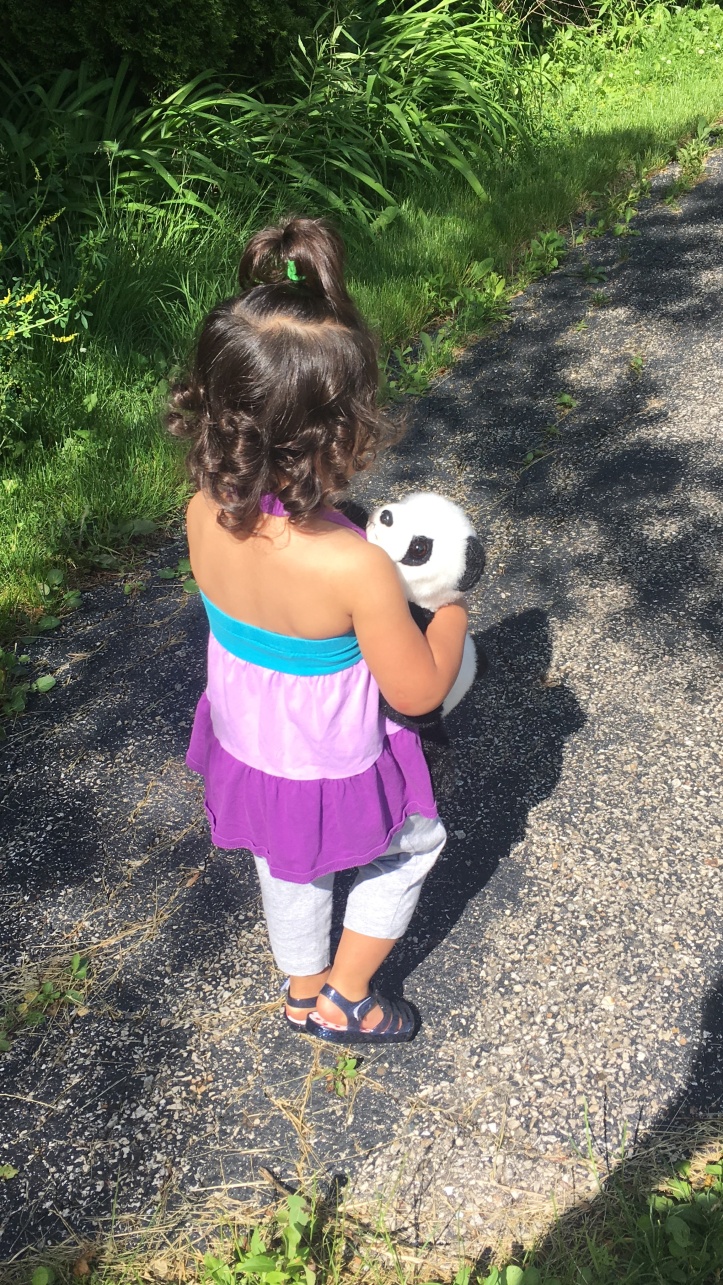 The system is broken yes, there are flaws, there are things that could be improved. However, above all, behind the system, behind the homes, behind the rules and regulations, there are broken people. The principle of this system is a good one: to protect children and provide them a safe place to grow while their families work on themselves. The deepest flaw is that the people involved- all people, the agencies, the families- both birth and foster- are broken. If the people were all on the same page, all God fearing individuals, the system would run smoothly. However, if we were all perfect God fearing individuals, there would be no need for a foster care system in the first place. I understand the disappointment, the outrage that many have against the system… I have experienced it as well and continue to have questions and objections. Still what many people don’t understand is that we are still doing much, much better than many other countries. Many countries have orphanages instead of a foster care system. Believe it or not, most of the kids in orphanages in other countries actually do have living parents, many times both but almost always at least one. These are kids that are placed in orphanages because their parents cannot care for them, poverty is a main issue however lots of the same reasons kids are placed in foster care here are the reasons that kids end up in orphanages around the world. We must also consider that many areas do not offer services to parents to help them deal with the difficulties in their lives so that they can once again care for their child. Many also have very young cut off ages like 15 or 16, after this kids are no longer permitted to stay in these homes. Some orphanages exist solely so that the children survive. There is a lot of evidence that shows that children benefit greatly from growing up in a family setting versus an institution. Institutions do not provide the individualized attention and care that a family can. 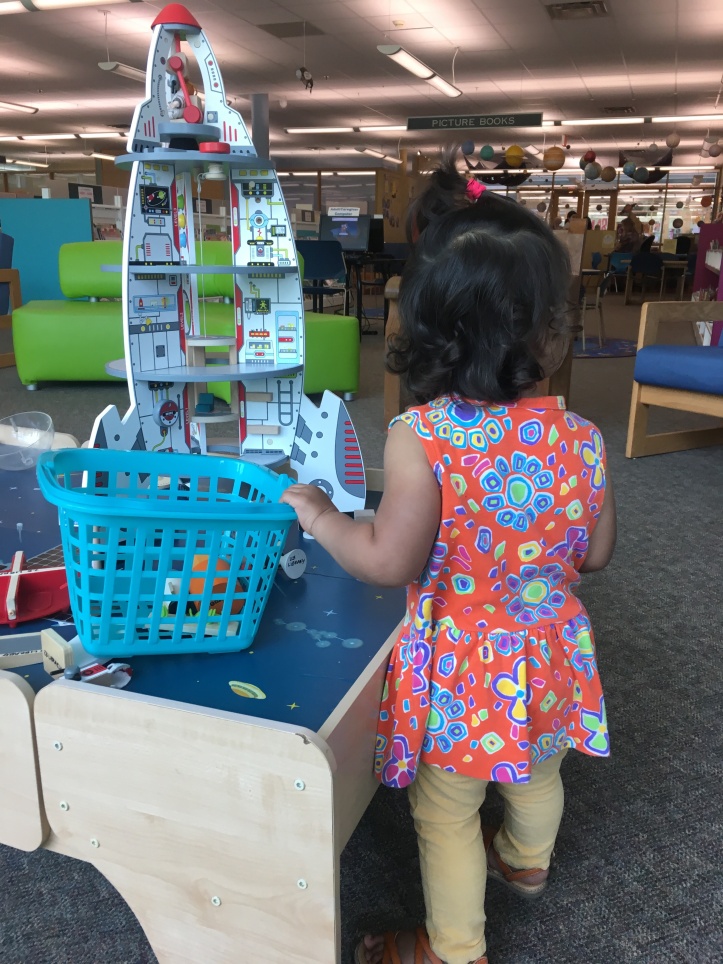 I have personally visited several children’s homes in Mexico (take note that these homes were still a lot better than others found in poorer countries) the lives of these children doesn’t look anything like the life of a child who grows up in a home with their family. They sleep in a large room filled with rows of beds, where nothing is really theirs except perhaps only a few items here and there which were really always at risk of being stolen or damaged by other kids in the facility. Not to mention the bathrooms- there were usually only between 1-3 toilets and showers. There were meals cooked by poorly paid staff, not like mom cutting your sandwich the way you like it and making sure that your peas and potatoes don’t touch. There was a closet of clothes, what one child wears today may be what another child wears next week. There were caretakers, not moms and dads, there were toys, not Teddy the bear who you’ve had from birth. Here I met lots of adorable, loving children but took note of a few things that aren’t necessarily good signs: Kids were either 1) super affectionate, trusting and vulnerable with any and every stranger they met yet clearly had no attachment to any one person. When an individual would leave the child would just go to the next individual as if the other person never was there. 2) were very mature for their age, the abilities of these little ones to take care of their basic needs was astounding, they had to learn or be left behind! Kids also had lots of knowledge of things that other kids their age would still be clueless about. 3) Some kids, specifically the older ones were apathetic to our efforts to make connections with them- this was understandable, why would anyone open up to a person who is just going to turn around and leave the next day anyway? Some of these older kids were also notably rebellious and disobedient to their caretakers. While these are things that may still be present within kids in the foster care system here- there it was felt one hundred fold. This is the reality of thousands of kids around the world. Still, even these kids have it better than places that may be too poor to even have an orphanage or have extremely limited spaces. Children end up living on the streets, caring for themselves, and end up dying or making very bad decisions because there is no one to guide them. In other parts of the world, kids may live in horrible conditions at home with abusive or absent parents but there is no one there to advocate for them, no one there to remove them from their situation. Foster care isn’t perfect, but it’s the best thing available to protect kids from suffering further from situations that they didn’t ask to be in.

I stand in the place of an institution

I stand in the place of a street

I stand in the place of a staff

I stand in the place of loneliness

I stand in the place of fear

I stand in the place where God put me

In the place where I can be His instrument

In the place where I can reflect His image

I stand in the place between Him and a child Here is a link to the agency we are working with, consider making a donation or participating in one of the options they offer to volunteer

If you’re interested in taking a trip to work with kids in children’s homes consider Back2Back, they are the ministry I went to Mexico with they are doing some awesome things with kids all over the world.

And of course, please pray- prayer for foster families and foster kids are always desperately needed. Pray that God fills foster families with His supernatural grace, love, patience and mercy to be able to care for kids that often come with many burdens. Pray that the kids in care will be able to heal and find stability in their lives. Pray that families who lost children to the system will be renewed by God’s all powerful life, that they will be transformed from the inside out and be able to care for their children again. Pray for the agencies, for the DCFS workers, that they will be blessed with people who will work diligently and selflessly to protect children, that they have the strength and wisdom to make the best possible decisions for these vulnerable children. Thank you.

Join 146 other followers
Follow The Tree in the River on WordPress.com