Think for a moment what your beliefs about sex are. There are two common trains of thought, one is:

-It should be done only with someone you love

-Everyone involved should be consenting

-It’s good to get experience before you’re married

-It’s an expression of self

-You should be in a committed relationship

-There is no right time- it’s whenever you feel ready

-You should wait until after you’re married

-It should only be with your spouse

-Any kind of extramarital sex is wrong

-It should only be between one man and one woman

Which group of views would you consider old or antiquated? Which would you consider constraining and unnatural? Which do you consider bias? I have a hunch that I know which of the two is generally viewed this way. Many would say that Christians unnecessarily restrain themselves from “natural” sexual desires simply because they have been told to by a religious authority. If Christians didn’t let themselves be controlled by an ancient book, they would be much more free like the rest of the world. Right?

What makes people think that Christians are less free than non-religious people? Why does everyone think that only Christians are bias in their views? I have been asked in the past that if I was born into a family of a different religion, wouldn’t I believe that religion instead of Christianity? The answer is most likely going to be yes. If I was born into a devout Hindu or Buddhist family, there would be a high likelihood of me also adopting my family’s religious beliefs. However, just because this is likely what would happen, it wouldn’t mean that I was right. I cannot deny that my family’s influence had a lot to do with me becoming a Christian, but that doesn’t mean I’m right! I could also turn that question right around and make the same conclusion about the other person- aren’t you a non-believer because your family is? Or wouldn’t you have been a Christian if your family was? Non-believers are non-believers because of their environment just as much as Christians are Christians because of their environment including experiences and authority figures, right?. However, the environment is not always correct, the experiences are not always interpreted correctly and the authority figures can sometimes make mistakes. It all comes down to faith. Both “believers” and “non-believers” have faith whether they realize it or not. The only difference is who the authority of their faith is. Everyone is biased, the difference is the starting point, belief in the word of God or belief in some other system of thought and reasoning. There is no neutral ground.

How does this apply to sex? A person who chooses abstinence until marriage because they believe this is the way God says it’s supposed to be is not less free in their sexuality than a person who does not believe so. If we are going to say that Christians are enslaved to their religious beliefs, in this case controlling sexual desire until marriage, then we can say that a non-believer is enslaved to their non-religious beliefs system is- which would demand (for example) to believe that sex is to be only between two consenting people at any time before or after marriage. What happens is that the Christian view of abstinence before marriage is not the only view that is exclusive, all the ideas in the first set of sexual beliefs mentioned at the beginning are also exclusive. The Christian believes that sex is only for marriage and anyone who does not follow this ideal is not exercising correct sexual conduct and is therefore wrong. The non-believer believes that there is no specific time to have sex, and that there only needs to be consent from all parties. Secular belief condemns anyone who tries to constrain who or when you should have sex making their view just as exclusive as the Christian view. Ultimately both parties have an idea of what sex should be like and reject any idea that goes against theirs. The belief that everyone should make their own decisions on when to have sex is also an exclusive view because it excludes those who believe no one should be having sex until they’re married.

Many don’t know what their belief system is because society has done a good job convincing people that unless you’re religious then you are neutral. This is false, everyone gets their beliefs from the influence of something or someone else. There are no “free-thinkers” in the sense of not being influenced by anyone. Not even the isolated human who lives by himself in a cave is a “free-thinker”; this person’s beliefs about the world may not be influenced by other humans, but it is highly influenced by his environment. Human beings do not only learn to think from other people, but from their environment and personal experiences. So think again about your personal beliefs about sex. Why do you believe this way? Who or what has been the biggest influencer in your life? Who is your authority in regards to sexual conduct? Your friends? Your teachers? The media? Some people would say that they themselves are their own authority, if this is so, how can you trust that your own judgments are correct? How can you know that what you claim to be your own judgments aren’t really a product of the environment that you live in? It is impossible, we are all in a way, tied down to our own experience of the world.

The question is then, who or what would you preferred to be “tied down” to? I know well whom I choose to be tied down to- Jesus, let me briefly explain why. Scripture claims that Jesus is God, that He is all knowing, all good, creator of all and unconditionally, radically loving. Scripture claims to be the inspired word of God, perfect, without error. This is not different from believing that gravity is real or that the laws of physics are reliable, we believe all sorts of claims every day without asking ourselves how we know they are true. This is especially true for the topic of origins, which no one has or will ever be able to observe or recreate. This is also not different from believing the claims a doctor or a scientist makes about specific things. We rely on their authority, but how do we know they didn’t make mistakes? How do we know they are being completely honest and not manipulating data? More so, how can we know that they will not learn new information next year and therefore change their theories? Why don’t we use science or medical text books from the 1800s? Because we know that new information has been discovered and what was once believed to be right is now known to be wrong! Scripture is unchanging and applicable universally to all people always. Both Christians and non-Christians have faith, the Christian has faith in God, the non-Christian has faith in the claims of other human beings. So in short, God’s word is unchanging and reliable and God’s character is perfect, unconditionally loving and just. I choose to believe a being with that kind of character and perfection as opposed to any other form of authority that has the potential to fail, be manipulative or be flat out wrong.

The belief that there should be constraints on sexual behavior for many sounds unnatural and unappealing. However, many admit that there should be constrains and limits to other things in life in order to be successful. Some examples- I must limit my time on social media in order to be successful at school or my job, I must limit the types of food and the quantity of food I eat in order to stay healthy. Let me explain how there can be freedom in standards of exclusivity or (for lack of a better word) “rules” for sex. One of the best illustrations I’ve heard was on the album Satellite Kite by Beautiful Eulogy. The illustration goes something like this: If a kite suddenly came to life it would quickly become aware that it is flying high in the sky. Yet, it would also quickly become aware of the annoying string attached and tugging on it. The kite would probably think, “if only I could be free from this string controlling me, then I would truly be able to fly ”. Clearly the kite would be unaware that the string is the only thing that is enabling it to fly, if that string were cut, the kite would quickly lose control and come crashing down. God’s word is the string that enables us to fly. 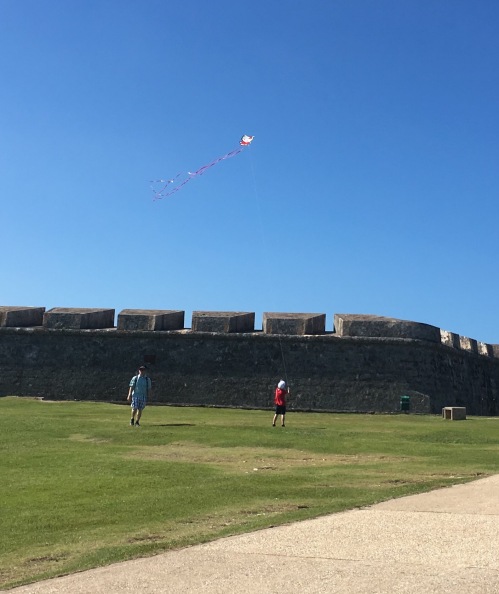 This is how those who choose to stay abstinent are actually free. When it comes to sexual expression, God gives us marriage as the string that helps us truly fly. As I talked about in my previous post, God made Eve specifically for Adam, from Adam. Adam and Eve fit perfectly with each other because God created them with each other in mind. From the very first encounter, God made it clear that there is only one person  who we are supposed to leave our mother and father to be united with, and that is our spouse. There are also plenty of references in scripture clearly against any kind of adultery and fornication (sex with someone other than your spouse) As Christians, we should not look at this command as one that restrains and represses natural desire but one that will help that natural desire flourish properly. According to God, sexual desire flourishes best in marriage! Everyone acknowledges that humans have a sexual drive, Christians and non-Christians. The problem is that everyone tries to fulfill that drive in their own way never stopping to ask if 1: there is a correct way to fulfill that drive and 2: if every sexual drive should be fulfilled. Most people assume that any kind of sexual drive is always normal but will acknowledge that other kinds of desires are not always normal. C.S Lewis had a great example in his book Mere Christianity

that went something like this: everyone acknowledges that the desire to eat food is a perfectly normal, biological and necessary drive. Yet if a society starts to become so obsessed with it that they have shows where people gather just to watch someone slowly uncover a plate of food, to an outsider it would be clear that something has gone terribly wrong with that society’s natural desire for food. I would also add that if we see a person trying to eat a rock we would stop them! Although their drive to eat is natural, we know that a rock is not what they need and could actually cause them more harm than good. These kinds of questions are rarely asked for sexual conduct, people accept things like pornography and sex with multiple partners in and outside of marriage as something bound and normal to happen. We do not have to accept these ideas.

Abstinence, like anything else in the realm of Christianity is (SHOULD) be done out of an understanding of God’s love to the individual and their own love for God. Obedience is a choice, when a person truly understands God’s love for them, they will naturally desire to please Him and it will naturally be fulfilled through them with His power. God knows what is best for us, and a deep understanding of His love for us will surpass our desires to act out sexually inappropriatly. This not through our own strength but through God’s supernatural strength through us! 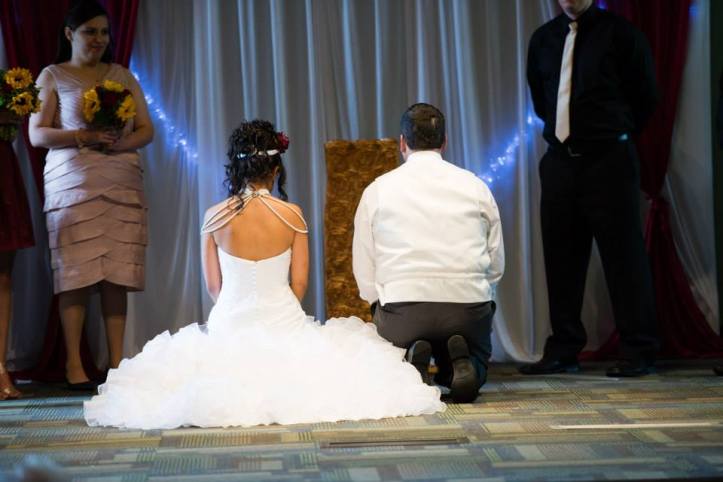 Join 149 other subscribers
Follow The Tree in the River on WordPress.com