Many of you have probably heard of the recent sightings of Giant Hogweed, or Heracleum mantegazzianum.This plant is spreading fear in residents of many states as it is severely harmful to humans. Even a brush against it can cause severe third degree burns and even blindness. The plant contains furanocoumarins, a chemical that causes a reaction in the skin called photosensitization where the skin becomes highly sensitive to UV rays. This means, that it leaves you exposed to the full force of the sun’s rays with no protection against them. You can literally fry in the sun, and should it’s sap get in your eyes, you could go blind!

This is quite scary, I often talk about the goodness of God’s creation and how He created plants for us as nourishment, so why are there plants like Giant Hogweed? If God intended for us to eat plants and to enjoy nature, why would He put such a dangerous plant in the garden? The answer is- He didn’t. In the beginning when God first created Eden, He did not place toxic and poisonous plants in it. Everything God created in the first six days of creation was good, and good by God’s definition. Genesis three does not only describe the fall of human beings, but it also describes the fall of creation, of nature as a whole. In Genesis 3:17-18 God tells Adam “Cursed is the ground because of you; through painful toil you will eat food from it all the days of your life. It will produce thorns and thistles for you…” The ground is cursed, when something is said to be cursed it means that it is far from perfect, and carries with it dark connotations and fear and pain. Thanks to the disobedience of Adam and Eve, the planet is now covered with plants that produce thorns and thistles. It can also be deducted that because of this curse, we are also now graced with the presence of hundreds of highly toxic plants. Eden was a perfect, safe place where God specifically allowed Adam and Eve to eat from all the plants with the exception of the Tree of Knowledge of Good and Evil. Toxic plants had no room in the original garden and will have no room in the new garden God will create at the end of the age. If our hearts overflow when we stand in the midst of gorgeous mountains, and forests today, imagine the view Adam and Eve had before their disobedience! They may have been the only people to witness God’s creation in a perfect state but we will all be able to see that perfection restored radically in contrast with what we have experienced in our mortal lives!

God created a good garden, but after The Fall, creation suffered a deep wound that continues to fester with infection today. We can only expect things to get worse before they get better. Expect stronger, more dangerous plants to appear in the coming years, expect more antibiotic resistant bacteria, more wars and more natural disasters. As scripture puts it, all creation groans for its freedom from this curse (Rom 8:21-22)! Yet even in the midst of the darkness, God continually shows His grace to us in subtle ways and if we pay attention, we can spot them. In the case of Giant Hogweed, humans can do what they can to get rid of it perhaps by poisoning it or cutting it down but God has provided us with a much friendlier means of control. Cattle, pigs and black faced sheep (quite symbolically) can eat this plant, they are able to chomp away on this extremely feared herb by humans and suffer no toxic reactions whatsoever. Just when humans think themselves the best and most powerful, they are left burning up in the sun helpless against a plant that cannot speak or move. They are rendered the victim while those who are usually their victims march towards the threat with no fear and are nourished as a result! The lamb goes before us to make our path safe in the midst of danger. 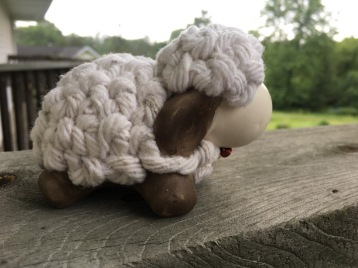 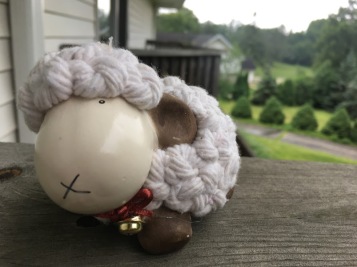 Here is an example of how sheep have been used to control Giant Hogweed and here is a summary of a study done on it.

Join 146 other followers
Follow The Tree in the River on WordPress.com