Is it fair to compare Earthly adoption to Spiritual adoption?

As a Christian, I have always compared earthly adoption to spiritual adoption making them virtually the same. However, gaining some knowledge and experience in the world of earthly adoption, my view has changed and become much more complex.

Growing up, when I thought of adoption I imagined it being an orphaned boy or girl joining a new family because their parents were deceased. However, I’ve learned that most children who are adopted actually have living parents. This disturbed me because it sheds light to the concept from a very different angle. 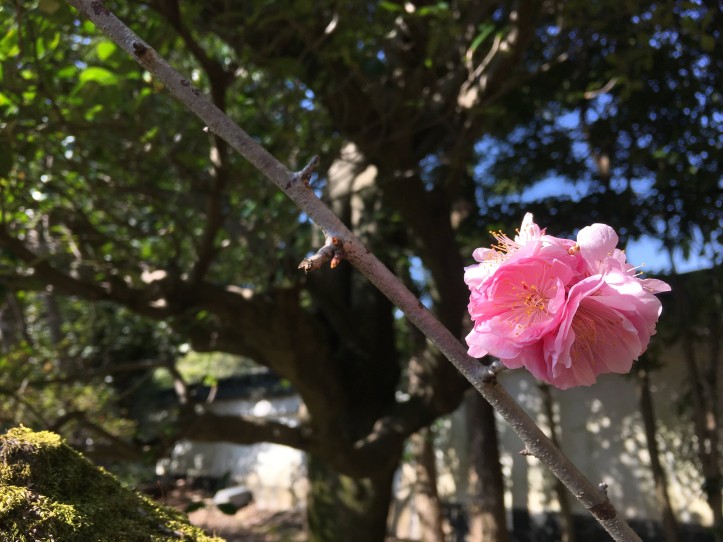 Losing parents through death is a tragedy, but losing them through the tragedies of life is just as bad and sometimes worse. The only situation where adoption is the obvious, straight forward answer, is indeed the death of both parents. Children need a home and family unit to grow up in. Other situations, where adoption is a conscious and voluntary decision from the birth mom, may seem to be obvious and straight forward but are not always so. The decision to seek new parents for your child is still a hard decision. The road leading to adoption is incredibly complex and each situation needs to be individualized, a broad stroke of generalization is almost never acceptable; consider that while reading the rest of my thoughts.

As a Christian it may not always be appropriate to tell an adopted person that you are also adopted if you are only referring to your “spiritual adoption”. Considering that scripture does use adoption as the description of what happens to us when we accept Jesus as our Savior- there is an appropriate time and a place to share the analogy.

It should not be used as a way to try to diminish the pain of loss someone may be going through, nor to say that you understand what it feels like to be adopted, and most certainly not as a way to try and find common ground with someone you just met. For example, if you’re sitting in a group of new people who are asked to share a fact about themselves with their neighbor and the person next to you decides to share they are adopted, please don’t say “me too” if you only mean your ‘spiritual adoption’, unless of course you were actually “earthly” adopted.

Earthly and spiritual adoptions have many similarities but also have just as many differences. They are the most similar in that the final result is an irreversible, absolute action. The adopted are fully absorbed into the new family, they are REALLY family. Their name changes and they now enjoy the rights of any natural born family member and are (should be) treated the same. I’ve heard of people who ask things like “who’s the legitimate child? … which one is really yours”  when talking to parents who have adopted. These are horrible ways to phrase a valid question; an adopted child is a legitimate child, they have a rightful and permanent place in the family no matter how they got there. My husband has said to me he heard a preacher say ‘there are no illegitimate kids, only illegitimate parents’, and I think that is something to remember. Asking who is really your child is like asking who is the “fake” child. An adopted child is really the child of the family who adopted them. In the same way, when we are truly born again and become children of God, nothing will ever revoke that. We REALLY become children of God no matter how we look or act, we are never “sort of” God’s Children.

This is not to suggest that their first family was erased or forgotten. It’s impossible to erase that they had a first family, and forgetting or ignoring this fact is nonsense. No matter the level of involvement the first family has, the fact of their existence should be respected as they played an important part in the formation of the new family.

Scripture uses the analogy of becoming part of God’s family as branches that have been grafted in to a strong tree or vine. Grafting is a real process used in gardening and horticulture where the branch of one plant is severed and then skillfully implanted into another. When successful, it’s possible to have a tree that grows two different fruits such as apples and pears. This is because the branch that was grafted in now receives its nutrients from the tree in which it was placed. It now has a new body to supply it with all it needs to produce fruit. This branch is now really part of the tree.

The biggest difference between earthly and spiritual adoption is that God is the true Father of all of people. He is the Creator, so we all rightly and originally belong to Him. So our adoption as Children of God is really a redemption, a restoration of how things were always meant to be. Because of the fall, our relationship with God was broken, it was severed completely because of our collective disobedience. Romans 11:17-24 explains that there is an original cultivated olive tree to which some of the original branches were severed because of their unbelief, this is referring to the Jews. Gentiles are considered wild olive trees growing elsewhere but if they put their faith in Christ, they will be grafted into the cultivated olive tree. Both Jews and Gentiles have the opportunity to be grafted into the original true tree, the Creator, if they put their faith in Jesus. For the Jews, putting their faith in Christ means being grafted back into the tree they were originally from and for the gentile it is being grafted into a new tree. Nonetheless, they are both olive branches and God is the creator of them both. The original plan from the beginning was that all those who believe in Him are to be His children, once again, He is our TRUE Father.

Earthly adoption involves a child being joined to a family that wasn’t originally intended to be theirs. The relationship to the original family is severed not because of the disobedience of the child but for many other reasons, it could be the sin of the mother and or father or other situations where it was “no one’s fault”. Situations of extreme poverty, death, and infertility where adoption is sought after, are not a cause of individual disobedience but are still a consequence of original sin through Adam. All heartbreak is because of original sin- God did not intend for us to live in a world where heartbreak, death, disease, poverty, and crime are the norm.

I understand why in foster care agencies adoption is always the last resort. Even if many believe a child is “better off” with the foster parents- these are judgment calls that are much more complex than we think. Who decides what “better off” means? A bigger, nicer house or a more comfortable social or economic status do not always mean “better off”. Trust me that children want to be with their parents no matter where they are. I know that as a child even though sometimes I wished to have more toys or a bigger room, I wouldn’t trade my family just to get those things. As I have mentioned before, children do not know if they have good parents or bad parents, they just know they have parents who they love. Children know who their parents are, even newborns- I see this with our foster daughter, even though she’s just shy of two, I can see the joy in her eyes when she spends time with her family. She clearly has a different connection to them than she does to me.

The ideal situation for a child is to live with a mom and a dad who put their trust in the Lord above all else because that is the foundation where all things can be built from. When this foundation is in place, the amount of income, the size of the home, or any other hardships that may come are secondary issues. God promises to take care of His children one way or another.

However, since we do not live in an ideal world we must acknowledge that there are dangerous situations that kids need to be removed from. And there are horrible cases of abuse and neglect where there should be no second chances and adoption should be pursued. Sometimes, the way God takes care of His children is through adoption or foster care, but again, this is not the way things were intended to be. These are the things that happen because we have strayed so far from God’s intentions.

Families in third world countries where people literally die of starvation and are left in such desperation that they surrender their children to orphanages so they can survive is unfathomably heartbreaking. The reality is that situations like these constitute many of the world’s “orphans”. This is wrong. we need to be focusing our energy on finding ways to better support these communities so that families can stay together. While exceptions exist where parents are so self-absorbed that they lose (or choose to give up) their children, most are deeply loved kids whose parents have lost all hope.  Nonetheless, a solution to this great problem is nowhere in sight and I understand that if it wasn’t for international adoptions, the death toll would be much higher and the suffering much greater.

So is it then fair to compare spiritual and earthly adoption? Clearly we see that in a major aspect they are not only different but quite the opposite. One is a restoration of a family that was always intended to be and the other the creation of a new family that wasn’t originally intended to be. This of course doesn’t mean that the formation of a new family is bad, it simply wasn’t the original plan. However, when asking questions of identity, finality, and security of our salvation and God’s acceptance of us comparing the two forms of adoptions can be appropriate. In fact, as I mentioned before, Scripture itself does use “adoption” as a descriptor of what happens to us when we accept Christ as our savior. Thus, we must use wisdom when comparing the two, context is key.

Adoption is beautiful, it is a picture of what God has done for us; but I’ll say it again that it was not the original design. Our relationship to God was never intended to be severed in the first place. I have often said that I hope to adopt a child one day, and if the opportunity arises I’ll still do it in a heart beat. However the more that time goes by my heart has shifted to long for the day when no child will need to be adopted. None, for any reason.