Bone of my Bones (Christian Reflections on Sex)

The Bible describes sex as becoming one flesh, one body. You all know that this is quite literally what physically happens. Take a look at Genesis 2:23-25, observe what Adam said after God made Eve for him

“This is now bone of my bones
and flesh of my flesh;
she shall be called ‘woman,’
for she was taken out of man.”

That is why a man leaves his father and mother and is united to his wife, and they become one flesh.

Adam and his wife were both naked, and they felt no shame.”

Bone of my bones, flesh of my flesh… sex is much deeper than people make it out to be. It is not only a physical but an extremely spiritual act. Eve literally was pulled out of Adam, she was created specifically and perfectly for him! As the verse says, this is why a man leaves his mother and father to be united with his wife. She was specifically made to be with him. This is something beautiful, because it applies to all of us directly.

Adam and Eve were the exemplary couple, before the fall, they represented exactly what God intended a marriage to be. From the very beginning we can see that the man is to leave his mother and father to be united with one person, who? His wife! Specifically his wife, the man and his wife were both naked and felt no shame. The story of humanity begins with sex, after God creates Adam and Eve they are instructed to do two things: To tend the garden and to multiply and fill the Earth (Gen 1:28). This means that sex is one of the central aspects to God’s plans for humans. If this is so, then sex can be no small thing to take lightly but an incredibly important part of God’s plan. Many people would say that the purpose of sex in its plainest sense is to procreate, to have babies. While that is only part of the story, it is indeed true but I would take that thought further. Sex is to create LIFE. Not only physical human life (as in a child), sex also creates the glorious image and experience of the life giving and perfect love we have in Christ.

If we observe the first encounter of Adam and Eve, there are two important parallels with sex today: One person (in this case Adam) became two, two people (Adam and Eve) were both naked and they felt no shame. As a result, Adam and Eve would yearn to be one with each other over and over again because they were literally one, literally the same person at that instant of creation!! Eve came from Adam and was created with him! God created a wife specifically for Adam from Adam. We can apply this spiritual truth to all of us, if you’re married, God created your partner for you and from you from the foundations of the Earth! While our experience will be drastically different than that of Adam and Eve’s, I believe it will be no less special because the same principles apply: God will reveal to you your partner in a special way, and that partner will have been tailored specifically with you in mind.

I do believe that “the one” exists and identifying them is much simpler than many think. From the beginning, humans have been created in pairs, Adam and Eve are the example. We were not designed to be alone, even people who are called to be single are not meant to be alone- together with other image bearers they can still reflect the love of God and His church. When God first thought you up in His heart, He didn’t think of just you, He thought of you in conjunction with all the people you will encounter starting with your birth family, your friends, your church and the person who will be your spouse. You were not created to be alone, you cannot come into existence alone, God did not make that a viable option for any human being. You must have a mother and a father. There is only one instant you are to leave your mother and father, that’s is to be united to another person- your spouse! You and your spouse are a single image in God’s creation. Adam had his first encounter with Eve in the garden, your first encounter with your loved one will be different but as you begin to discover that that person is bone of your bone and flesh of your flesh, it’ll be a glorious experience.

Today when humans have sex, two become one, it’s a sort of recreation of that moment when Eve was taken from Adam’s side! At times this may result in a child, a new physical life, but even when it doesn’t, sex always serves as a reminder of the life God has given His church. The life we can only receive when we are united to Him! I encourage you, that if you haven’t “done the deed” yet and are not married, please wait. Wait for the person that God, from the beginning of time created for you in mind. Wait for the person who you were co-created with. Any little connection you feel with a person at this time (no matter how serious the relationship) is not worth the risk of joining yourself with without you being absolutely sure this is your co-created one. An easy way to know is by asking yourself if you’re married to that person. If you are not married to that person, you can 100% be sure that they are not the one. Even if you’re engaged, that person is your fiancé, not your husband or wife. Going back to scripture, the man is to be joined with his wife, not his fiancé. The right one at the wrong time is the wrong one

If you have already joined yourself through sex with someone who is not your spouse, (whether you’re married or not) stop. It’s not worth continually joining yourself so deeply with someone who is not your co-created one. Why is it so hard to stop? Because your body and your soul long deeply to be joined to that person God designed for you! When you allow your body to “try on” different people, it will continue to crave more and more and eventually become restless because none of them seem to fit quite right. As a result, your body will convince itself that a particular one does fit, and your mind will begin to adjust itself to the body’s desires and fall deeper and deeper into deception. If you put a part in an appliance that is a centimeter shorter or longer than it should be, it will appear to be “fixed” and may even work for a while, but eventually the stress of that incorrect piece will wear down the appliance and it will stop working. You can go on and be ok with an “almost match” but eventually, things will fall apart. Again, I will say, even if you do end up marring that person, and that person ends up being who God created you to be with- the right one at the wrong time is the wrong one.So for the sake of protecting your heart, stop.

Conviction comes to those in tune with their conscious, and it most definitely comes to those who are indwelled with the Holy Spirit. This is a good thing, if God is calling you today to allow Him to take control of your sex life through abstinence, it’s best to listen to Him. It’s best to listen to Him who loves you like no other being can love you and who wants to show you His love through a sex life that honors Him- one that is exclusively with your spouse. God is planting conviction in your heart out of LOVE for you not out of anger!

From the foundations of the Earth we were intended to be united with God Himself. God gave Eve to Adam as the ultimate picture of His relationship with Adam!!! The Bible calls the Church (all Christians) His bride, YOU are His bride, His spouse. Marriage, sex, is the ultimate reflection of God and His Church, it’s absolutely spiritual, breath taking and an incredibly deep connection. God created marriage so we can have a glimpse of what it will be like to be with the ultimate one we are intended to be with, God himself! Perhaps some may find this idea strange or uncomfortable to think about but this is sadly the result of the world so successfully corrupting our view of sex by making it all about fleshly and lustful desires. If you are unmarried and the relationship you’re in now is not reflecting Christ’s sacrificial love for you then it’s the wrong one.

This is an urgent matter. Yes indeed the truth is that Christ’s love is unconditional and continually forgiving. It is true that you will not lose salvation even if you have sex outside of marriage, you will not lose God’s favor. Still you must understand that if sex inside of marriage is the reflection of the love between God and His church, then sex outside of it is a corruption of that reflection and that is a serious thing. The enemy will continually tempt you long and hard on this issue because he wants so badly for God’s children to corrupt that holy image. The enemy wants you to seek pleasure in anything that is not your relationship with Christ. Satan desperately wants to keep you from experiencing the perfect, radical, profoundly heart changing union you have with Christ. 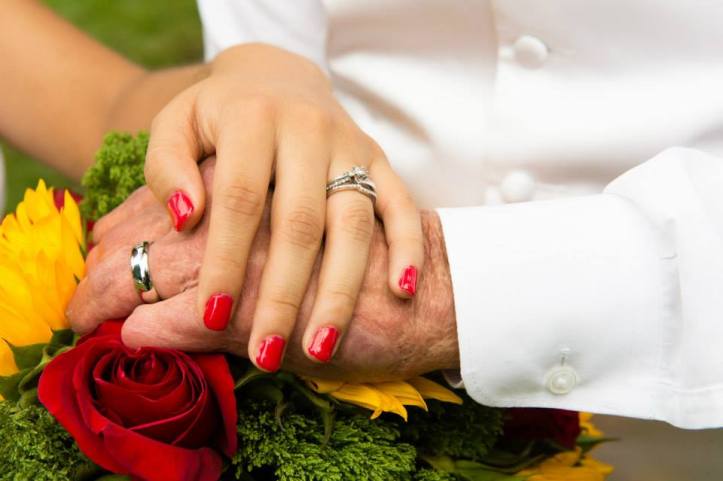